Transform your eLearning into a revenue-generating asset with an all-in-one solution that is easy to use, cost-effective, scalable, and feature-rich.

Optimize the impact and ROI of your eLearning with complete access to your learning and business data.

Effective and efficient eLearning solutions that fit your budget

Leave no student behind, increase lesson effectiveness, and learning success

Flexible and robust training and certification to fit the strictest requirements

Your solution for the business of eLearning, complete with powerful eCommerce features and marketing functionality

Create the ideal eLearning environment with an open-source Learning Management System tailor-fit to meet your needs.

Prove and improve the impact of your eLearning with stunning visualizations and automated reporting to easily see and share the big picture with our award-winning analytics solution.

Master your eLearning and transform knowledge into your competitive advantage

Create a roadmap to maximize your eLearning revenue, efficiency, and effectiveness

Unite your systems for success to create the ideal eLearning environment

True Cloud Hosting for the best performance and tightest security

A Tribute to Robin Williams 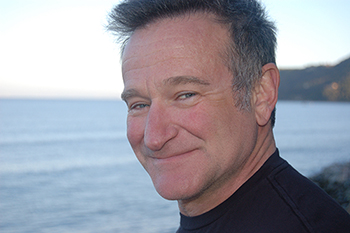 Something good will always come, so long as we ensure it does.

A trail of gasps echoed through our office late Monday afternoon as headlines popped up in our feeds informing us of the death of beloved Robin Williams. A few shed tears, and others reminisced about their favorite Robin Williams moments but no one brought up the ‘D’ or ‘S’ word.

Depression and suicide; as Andrew Solomon, lecturer and writer on mental health, wisely said, “…depression is the family secret that everyone has”. Even though we are all affected by it, either through loved ones or personally, mental health is something that we shy away from talking about because it is still widely stigmatized.

We definitely have recognized the conversation changing though, through PSAs and Bell’s, Let’s Talk campaign to end the stigma of mental health. But when iconic public figures like Robin Williams take their life, it’s hard to ignore the ignorant commentary about depression, suicide and mental health.

For example, a mainstream media host, called Williams a "coward" for taking his own life—a common narrative we hear about suicide. And others, like Conservative U.S. talk show host and political commentator Rush Limbaugh piped in blaming Williams’s suicide on his ‘pessimistic, dark and sad’ leftist world view.

While we are feeling a collective loss of that jovial, brilliant and deeply sensitive soul, we can’t help but think that this is an opportunity for change. This is truly an opportunity to view depression—a disease that hospitalizes nearly half a million Americans every year—in a different light. With the rate of suicide on a gradual rise, especially among middle aged men, now more than ever, it is a time for us to become educated and understand that there is a compassionate and educated way that we can talk about depression.

We work with amazing non-profits who are fighting the good fight to decrease the stigmatization of mental health issues and who provide amazing services for those who struggle with their mental health. 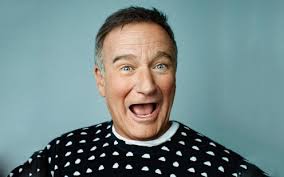 For example, The Centre for Addiction and Mental Health (CAMH) provides comprehensive, well-coordinated, accessible care for people who have problems with mental illness or addiction. They recently published a blog post that instructs people on what to do if they are contemplating suicide or are worried that a loved one may be in danger. They have many other amazing educational resources which we would highly recommend for anyone looking for resources to become more educated on mental health issues.

It is comforting to know that there are thousands of organizations out there like CAMH who are working to help those struggling with their mental health. It is us though, as communities, societies and groups—that need to do the work to ensure that we change the way we think and talk about mental health issues like depression. We challenge you to put the work in so we can ensure that something truly life changing comes out of Robin Williams’s death—something that will undoubtedly take the shame out of depression and save countless lives.

Where eLearning professionals go to find all the knowledge they need to deliver more effective online education and training:
View All